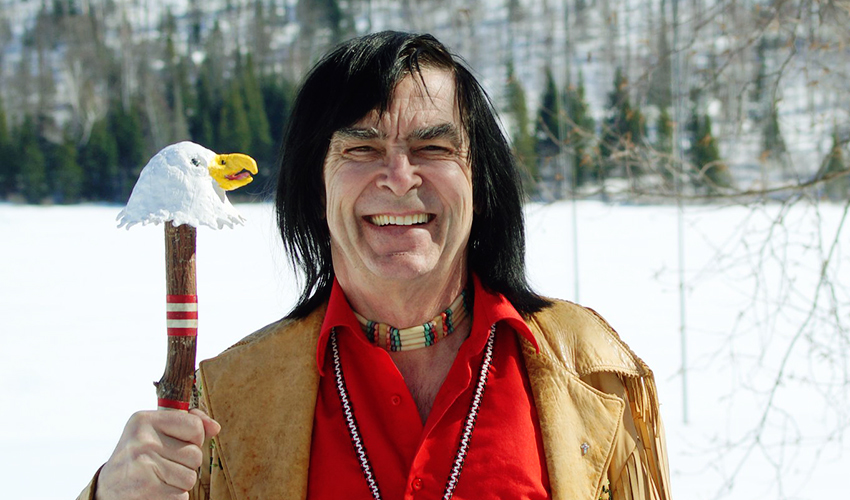 Joe Clayton is a successful artist who runs an art gallery in his home with his wife, Christina, in South River, not far from Algonquin Park. The Nature Natives Art Gallery features their original art and photography.

Well over 1,000 people from around the world have been through the front door of their home to see their artwork. “We’ve only been here four years, and look at what we’ve created,” he said, excitedly. The visitors have come from different countries throughout Europe, Mexico, China, and Nunavut. He also recalls a woman from Dubai, in the United Arab Emirates, who found them by chance. “When they come to the door, I say, ‘Welcome. This is my home, and this is your home too.’ It’s more like a gallery where people get together, and we share different things.”

When he’s not in the studio, he and his wife enjoy camping, fishing, and photographing wildlife. During this time of year, you can find them snowshoeing and skiing in northern Ontario. 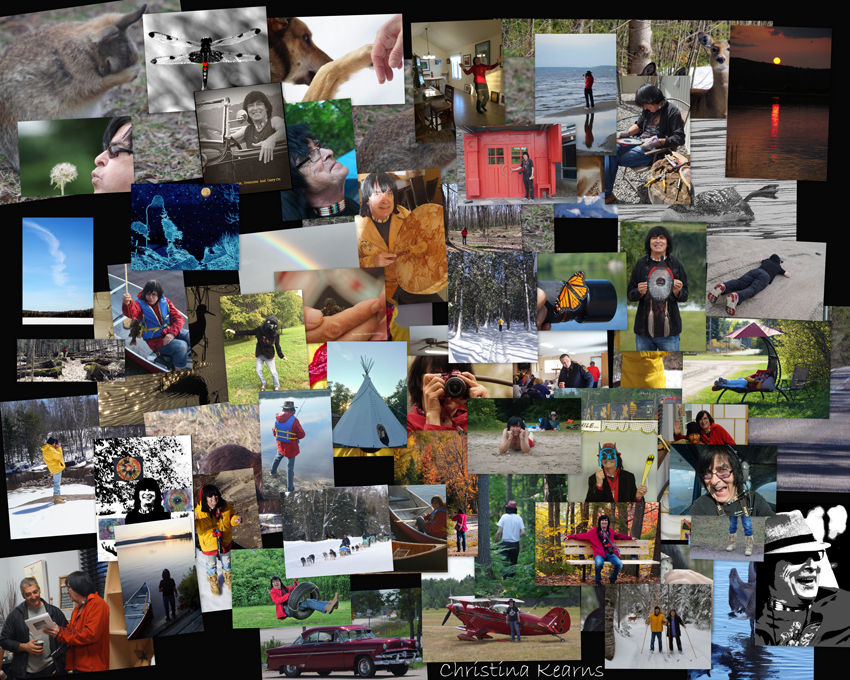 Collage and photos of Joe by Christina Kearns

Joe is also a survivor. When he was twelve, the now 66-year-old man was sent to Rideau Regional Centre in Smiths Falls back in 1966. “Two weeks after being in the institution, I was put in a Ward 3D with 25 other patients. Men who were 18 to 30-years old.” Over the five years that Joe was at Rideau, he was subjected to repeated physical and sexual abuse. Joe said he felt “ashamed and that no one cared because of how I was treated.”

He was placed in a prison for no other reason than having been labelled with having a disability. “The doors were always locked and the only time I got to get out was with a staff member to go for walks, showers, and go to school,” he recalled, and he also remembered what happened when he didn’t follow some staff members’ rules.

“I was put in a dark room, and the door was locked. This room was called ‘the side room,’ and I was made to sit naked on the cold floor. I remember men looking through the window and laughing at me.”

The many incidents of abuse by staff and residents would last for five years. He ran away from Rideau Regional Centre twice during that time. He left the institution for good on May 16, 1971, and went to live at Silver Spring Farm in Ottawa. “The farm was to help me get out in the community when I left the institution,” said Clayton.

For many years, Joe shared his experiences with college and university students with the goal of ensuring that what took place at Rideau Regional Centre didn’t “happen again to any human being.” He also feels a sense of obligation to talk about what happened at the facility for the survivors who cannot do so for themselves or who have passed away. “I believe that sharing such hardships in life is a big part of the healing process,” said Clayton. “I hope sharing my story will change the way people see others with disabilities.”

For many years, he found it difficult to move forward with his life, because he felt his time at the institution was blocking his path. Understandably, Joe also carried a lot of resentment towards the province for not doing anything to prevent the abuses that were committed at Rideau Regional Centre.

He also demonstrated courage by telling his story to the Criminal Injuries Compensation Board, and he was awarded $35,000 in 2009 for the injuries he sustained. He received another $42,000 in 2016 as part of the class-action settlement involving survivors. “You know the Ontario government destroyed our lives. I was a normal child before I went into an institution. When I left, I had a lot of problems with nightmares and still deal with depression.” 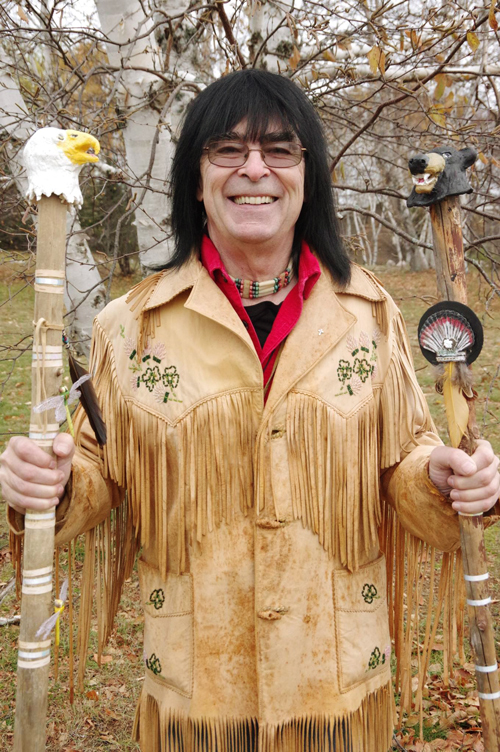 The depression was compounded in 2013, when he lost his wife, Cindy, to cancer. Despite the help he received, he had given up on life. “Many people offered to support me, but they could not get through to me because the institution was holding me back.”

Those feelings began to melt away when he was introduced to Christina in 2014. When they met, the windows in Joe’s home were blacked out. She encouraged him to let the light in, to remove the clutter in his home, and to not focus so much on the negative aspects of life. “The day I met Christina, I decided not to let the past take me down but to live and be free from my past.

Christina also shared homeopathy with Joe, natural medicines from plants and minerals to heal the body. “[I introduced him] to natural ways of being in life rather than staying in the house,” she said. “It just seemed like a natural thing that we got out in nature and became closer to wildlife and started to do more art, which Joe had always done in his life, but he didn’t realize how passionate he was about it.”

Joe also felt it was essential to learn to love himself and to forgive the many people who had hurt him. Like other survivors, art, faith, and his community have played a role in the healing process. “Taking photos, creating art and meditation are some of the ways that have brought me to a healing place, which also heals humanity… Art is my passion, and when I create, I'm in another dimension. My faith in God, the universe, and my Native culture have helped me tremendously in my life. I have great friends in this community.”

They moved from Sharbot Lake four years ago, really by chance. A year earlier, they discovered South River because they had become lost while on a month-long photography trip through northern Ontario. They loved the area, and it would soon become their new home. “We’re welcome everywhere, and we have other couples that are here that are our friends, and Joe’s recognized everywhere in the community. Everybody knows Joe’s name, more than they recognize my name,” said Christina.

Joe said he doesn’t feel afraid anymore. “I feel more welcome, and I feel more loved by everybody around me.” Joe has also found a profound sense of freedom. 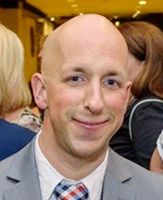 Ron Laroche is the Director of Communications, Marketing and Fund Development at Community Living Ontario.