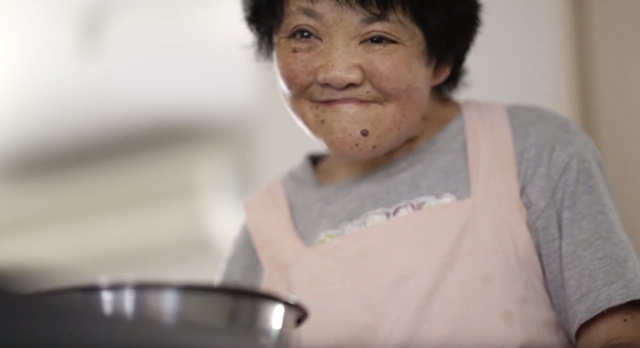 A year ago, Satoshi Uematsu, 26, attacked the Tsukui Yamayuri-En centre, where he had worked for 4 years. He had sent to the President of the Japanese Parliament: “Thank you for reading this letter. I can make a total of 470 people with disabilities disappear. People with disabilities can only bring misfortune. Thinking of the tired faces of the guardians and the lacklustre looks of the carers, I decided to act…”

In this film we meet Sachiko Tanaka, a woman with experience of living with an intellectual disability and a member of L’Arche in Japan. There, Sachiko (her name means “child of happiness”) is making recycled paper, as she does every day. However, this time, with her community, Sachiko is recycling the paper on which the murderer justified his actions. She tears it into strips, pulps and rolls it… and uses the finished paper to make nineteen Origami cranes. According to Japanese tradition, the cranes’ task is to carry souls to paradise.

L’Arche Canada communities join with Sachiko Tanaka and L’Arche Internationale by sharing this film, as a tribute to the victims of Sagamihara.

Link to view the film: https://youtu.be/s2hpNbELFHo

We are very happy to announce that the Board of Directors of L’Arche Winnipeg has appointed Dominic Opaka, the new Community Leader for the next mandate, January 2022-December 2025.