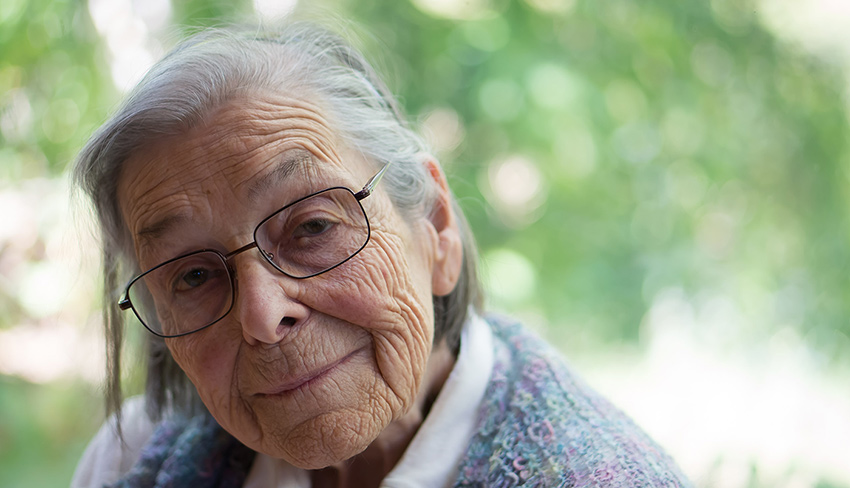 Knock, knock, knock! It isn’t Morse code, though it’s a form of communication you’ll be familiar with if you’ve ever lived in an apartment building. Knock, knock, knock! We hear the knocks through a wall or the ceiling. “Turn the music down!” “Stop yelling!” “Be quiet!” The knocks are a call for silence. That was the case, at least, until a nun named Elizabeth Buckley came to L’Arche Daybreak.

Elizabeth joined the original L’Arche community in France shortly after L’Arche began. She went on to found L’Arche Inverness in Scotland and L’Arche Boston (which you would have guessed was her hometown if you heard her wicked-awesome accent). She spent decades there as the Community Leader before joining L’Arche Daybreak in 1990, when she was fifty-eight.

She moved into the Big House’s cozy basement apartment with the goal of becoming the “hermit of Daybreak.” Instead of the leisurely life of prayer she expected, she quickly became a mentor to Daybreak’s entire leadership team. On any given day she’d shuffle along the office’s hardwood floors in her house slippers, spending time with the whole team.

She encouraged everyone to share their problems in the “Queen Mum’s” office, which she called “Buckleyham Palace.” Her door was always open for a chat, some guidance and a good cup of tea.

As she sat there knitting, she spun yarns out of her many life experiences. Everyone came away from those conversations feeling better than when they arrived.

But the retired Community Leader drew the line at joining the team for meetings, which happened in the office directly above her apartment.

During the meetings, however, she did offer help in her own unique way. “If ever you’re going through a tough time,” she said, “and you don’t see a way forward, just knock on the floor and I’ll pray for you. Day or night, you can knock and know that I’ll be down in my apartment supporting you.” 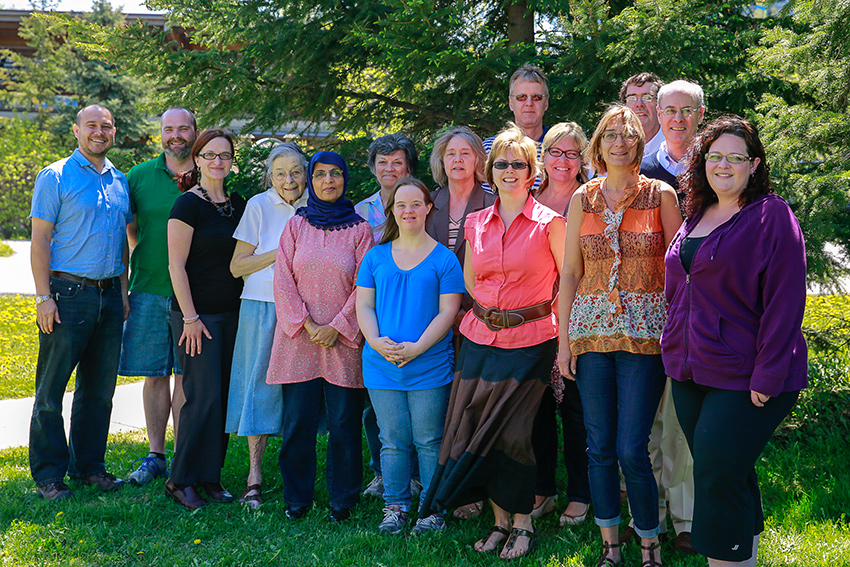 The nun’s services were called into action on many occasions over a decade. Knock, knock, knock! Whenever Elizabeth heard the knocks through the old pinewood floors, sprinkling some of the old house’s dust onto her short grey hair, she put down her crossword and prayed. After knocking, the team felt relief knowing that they weren’t alone in a tough moment.

As Elizabeth got older, she slowed down and needed assistance. Help was never far away. The office team considered it an honour to be there for her.

During the last years of her life, she continued to hold court at Buckleyham Palace, listening for knocks on her ceiling and offering her support. Then, on July 24, 2016, the knocks went silent. Elizabeth passed away, at the age of eighty-four.

With Elizabeth gone, everyone in L’Arche did what they could to fill her slippers. Knock, knock, knock! A call to silence no longer; thanks to Elizabeth’s example, it’s a call to action. When we hear a knock—whether it’s against a floor or a door, in the form of a ring or a ping—we offer help, however it’s needed.

Sometimes it’s easier to offer help than to ask for it. Always remember that everyone needs help during tough times. As our global community now battles COVID-19, we'll get through it with help from one another. No matter what you’re dealing with—whether it is illness, anxiety or financial stress, you never have to suffer alone. Please, come knocking.

We are pleased to announce that Nancy Lamothe is beginning a new chapter in her life at L’Arche.

We are pleased to announce that Frederico Gauchat will take on the role of Community Leader at L'Arche Outaouais (formerly Agapè).