Institutional life – a bit of context 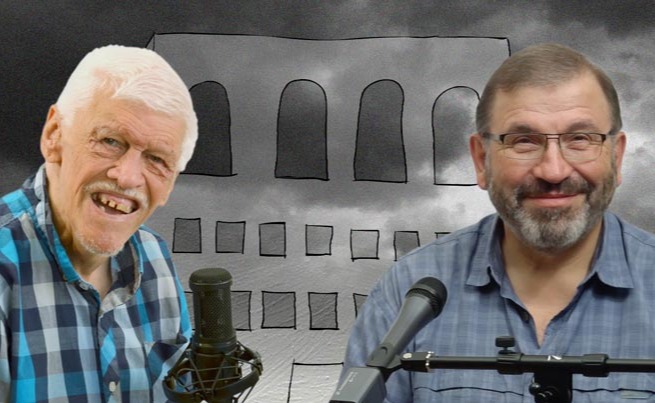 When speaking of Robert’s story, it is important to note that in the 1940’s, there were no educational, recreational or health services available in the local community for people with intellectual disabilities.

Doctors at that time informed parents that the “best” option for care for their child with an intellectual disability would be a provincial institution that would provide “total” care by competent professionals. Robert’s parents were told that keeping a child at home meant no education, no recreational activities, and very limited access to medical services; in other words, they would have to assume full responsibility for their son and provide him with all the services he required.

The flowering of services in the local community only began in the late 1960’s following the lobbying of parents who wanted their children to remain in the community. Expanded services and supports allowed persons with developmental disabilities to be educated, work and be supported in their local communities.

The negative effects and impact of institutional life began to surface and be acknowledged in the early 1970’s resulting in a shift of attitudes about people with intellectual disabilities. This shift culminated in the closing of many provincial institutions in the past decades. Progress on closing the remaining facilities has slowed in many jurisdictions and a number of individuals with intellectual disabilities across Canada have been placed in other institutional settings such as nursing homes and hospitals due to a lack of appropriate community supports.

“Listening to and amplifying the voices of marginalized people” is the theme of the second phase of our values campaign. Read the vision behind this campaign here: http://bit.ly/listening-and-amplifying

We want to welcome Isabelle Milliard as the new Community Leader in L'Arche Lanaudière. Isabelle has a background in Communications and Philanthropy, and had joined the community part-time as a fundraiser before being called to this role.