Where is happiness, where is it…?

Happiness is a trendy topic. There are as many definitions of happiness as there are individuals, yet never has a civilization developed such precise models and ideas of what happiness should be. 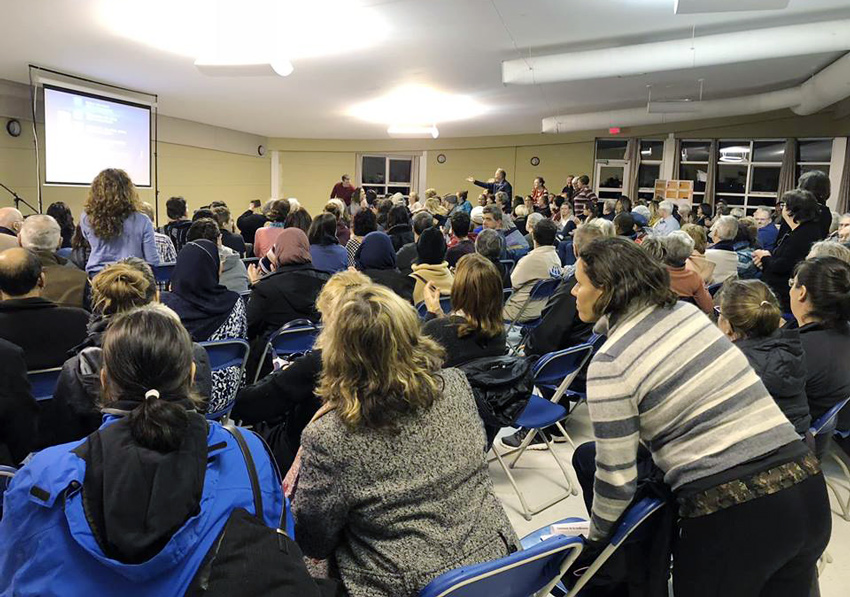 The phenomenal success of the song “Il est où le bonheur”, which has recorded over 50 million views, speaks volumes about our collective quest for happiness. “We want happiness, yes we want it, everyone wants to achieve it,” says Christopher Mae in his song.

Another success is just as eloquent: Julien Peron’s film “C’est quoi le bonheur pour vous” – “What is happiness for you”: 4 million views on YouTube, 300,000 viewers in 350 cinemas since its release in 2017, and more than 8,000 people organizing screenings of the film in various contexts and countries.

The adventure of this film began here. While visiting Quebec, Julien Peron had fun filming his host sharing his definition of happiness. That same evening, touched by this testimony, Julien decided to continue asking the same question to others, “What is happiness for you?”.

1500 interviews followed over 4 years in 25 countries, without any experience in filmmaking, 800,000 km covered alone, self-financed, and without a film crew. 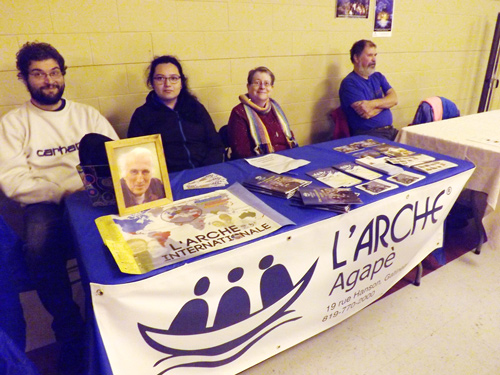 In the Ottawa-Gatineau region, L’Arche Agapè and several other partners gathered to organize a screening of the film in the presence of the director. The media generously relayed the invitation, which was also widely shared on social media. As a result, the room was packed. Sharing this reflection led the audience to a real experience of happiness!

The content of the film was mostly shot in French. The director chose to focus primarily on meaningful interviews with well-known personalities who have done extensive research on the subject. The content raises good questions and the main lines that emerge are interesting. Here are some of the highlights:

Happiness is a trendy topic

Everyone is talking about it. There are many books, magazines, and podcasts with special issues on happiness like “how to be happy” or “make your children happy.”

There are as many definitions of happiness as there are individuals, yet never has a civilization developed such precise models and ideas of what happiness should be.

One of the observations that emerges from the film is that the quest for this idealized, artificial, and virtual happiness generated by our consumer society inevitably leads us to a form of misfortune, in the disappointment, frustration, and anger of never reaching this ideal. 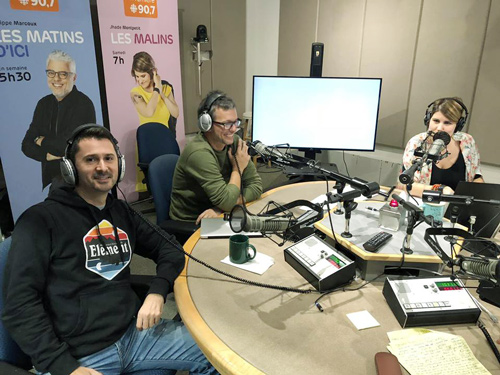 One of the film’s testimonies states, “It is the notion of happiness that makes our misfortune. It seems paradoxical, but I am deeply convinced of it. In other words, it is because Western human beings, I would say, are always in search of happiness that they make their misery.”

It seems that it is people who don’t have these preconceived ideas of happiness, who often experience difficult living conditions, who smile easily and speak about the happiness of living in the present moment.

The main obstacle to happiness is not outside of us

Many researchers point to the tyranny of overactive thinking that prevents us from touching the simple happiness of life. Research shows that mental activity generates up to 60,000 thoughts per day, and that the majority of them are negative.

The other factor of distress comes from the fact that the contemporary mind tends to make happiness depend on external conditions such as achieving an outcome, and obtaining benefits, affection, or material goods:

“I was really a kind of fanatic, in search of happiness. And then I realized that in fact, happiness was above all something that was inside, that it couldn’t be outside. There is a famous sentence, I think, it is Chamfort who says: ‘Happiness is not easy to find; it is difficult to find it inside, but it is impossible to find it elsewhere’.”

Another way of looking at life and the world?

“It’s above all a way of looking at the world, and it’s a look at the world. I was going to say stupidly the more definitions of happiness we have, the more we cut ourselves off from happiness. But there is also the danger of making happiness, an object of consumption. And to regain happiness in the field of marketing. There is no recipe for happiness, there is no magic wand. For me, true heroism is not about crossing the sea by windsurfing, but about being joyful and caring.”

Albert Schweitzer had written “Happiness is the only thing that multiplies when you share it”. Several testimonies in the film point in this direction:

“For me, happiness is a movement, not only towards myself but towards the other. It is a movement that joins the collective. It is a momentum that starts from a centering. That would be my definition of happiness. We are meant to build ourselves and be happy, in and through the bond.”

And what about happiness in our L’Arche communities?

I was personally struck by the joy that often comes from being with people with intellectual disabilities, as many others have discovered. Like anyone else, they can be depressed or angry, caught in the search for happiness. Yet I often feel that everything becomes simpler and brighter in their presence despite all the difficulties encountered on a daily basis.

As far as I am concerned, encounters with the “welcoming people” of L’Arche (as we say in Quebec) have been decisive in my life journey. For my part, I still hope to be able to communicate their contributions and joy of life to a greater number of people. Together, we inspire each other every day learning how to live closer to our hearts and our deepest aspirations.

For myself, as for L’Arche, there is no doubt that when they are valued and included, people with intellectual disabilities have something crucial to bring to our society in our desperate quest for happiness.

The DVD of the film can be downloaded in two subtitled versions, in French or English, at a modest cost on the film website (in French only): http://www.citationbonheur.fr/achetez-le-dvd/