Denis Mukwege begs us empathetically to remain attentive, to listen deeply to what is inherent in our human condition: our sensitivity and vulnerability. 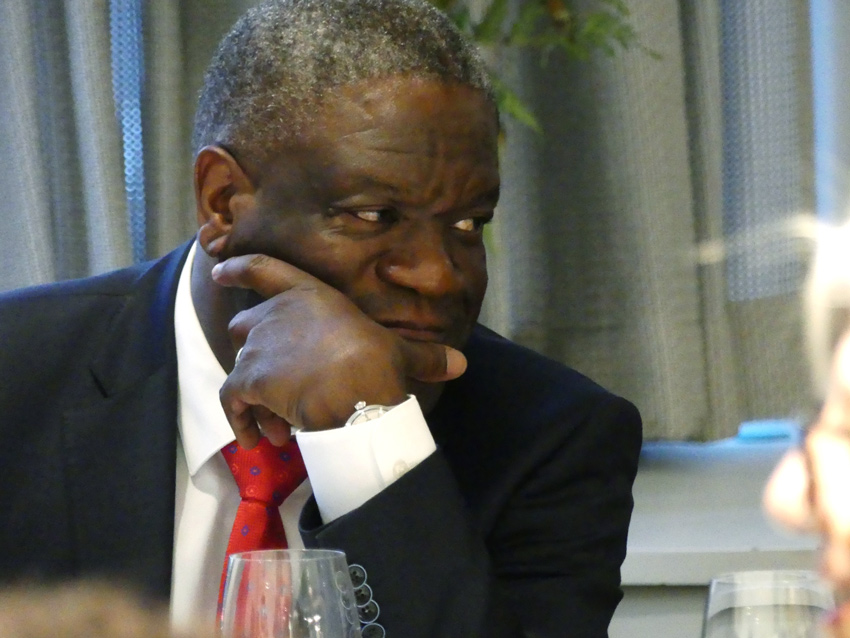 The 2018 Nobel Peace Prize winner, Dr. Denis Mukwege, known as “the man who repairs women,” was in Montreal recently.

More than 400 people registered for the conference he was scheduled to present on June 8. And just as many people were waiting to follow the online conference on social media.

Once there, we learned that the conference had been cancelled.

As for me, intending to write an article for the L’Arche Canada website, I was about to leave empty-handed. Fortunately, I had been invited to take pictures of the dinner organized at the Queen Elizabeth restaurant for the benefit of the Dr. Mukwege Charities Foundation.

So I first met this man “silently,” by taking pictures of his face.

Taking a good photo of a person on the spot requires a lot of attention, especially in the context of a social gathering. Looking out from behind my cameras, I tried to grasp the entire inner dimension of this man who engaged in an extraordinary battle, fought with determination and perseverance, most often at the risk of his life. 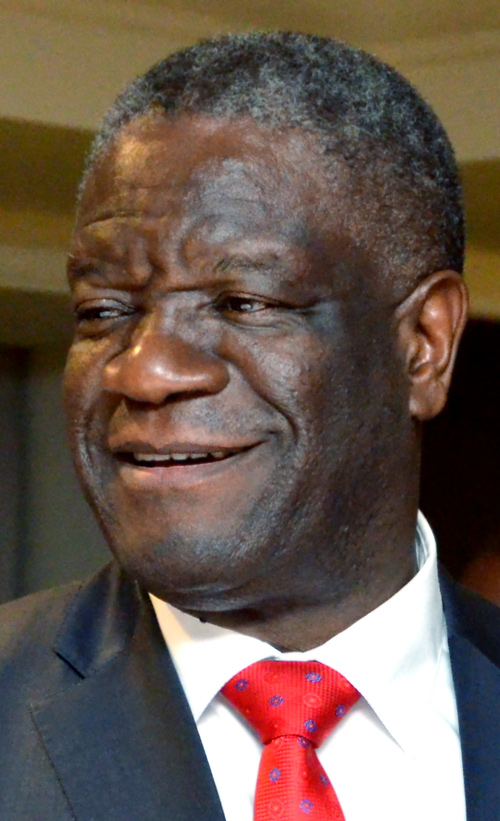 We know his story. It should be recalled that he first escaped death in 1996 when several patients and nurses in his hospital were murdered. After taking refuge in Nairobi, Dr. Mukwege decided to return to Congo where he founded Panzi Hospital in Bukavu. Deeply affected by the violence that has directly affected hundreds of thousands of women and families, he decided to campaign for the cause of these women and to take action to help them. Panzi Hospital contributes directly to their care by providing them with medical, psychological, economic and legal assistance. In 2012, he was again the victim of an attack, and still returned to work in Congo after taking refuge in Belgium for a few months.

In 2018, Dr. Mukwege was awarded the Nobel Peace Prize with Nadia Murad for their efforts to end the use of sexual violence as a weapon of war. Since then, he has continued to speak out, inviting the world to “break the silence.” He points out: “Not breaking the silence means that we make them bear the burden of silence. When we do not say anything, it does not mean that we do not suffer,” evoking the experiences of all the women whose “bodies were used as battlefields.”

Although Dr. Mukwege has decided to raise awareness of the atrocities of violence against women, which is systematically used as a weapon of war, he remains above all a man of action and deep empathy.

As an obstetrician gynecologist, who has tried for years, day after day, to “repair” the physiological and psychological damage resulting from rape and other assaults, he has had a front-row seat to see the extent of this organized violence. Not only did he see the depth of the wounds, but he also heard inconceivable distress as he listened to the women’s testimonies.

Where many international bodies turned a deaf ear, not knowing how to react to this tragedy beyond all human understanding, he found the strength of conviction to testify in the public arena to the suffering he had understood in his own heart.

On two or three occasions during the benefit dinner, the man stood up to respond to speeches made by some guests. Denis Mukwege speaks with a quiet strength like many people deeply involved in a life mission. No haranguing, no accusations, but the reminder of a fundamental emergency, addressed to our full humanity because he understood that this fight is not primarily local or confined to the geopolitical situation of Kivu in the Democratic Republic of Congo.

This fight concerns us all – it’s of the utmost importance. And this is what Dr. Mukwege tirelessly tries to remind us, by highlighting the systematic use of violence against women around the world.

It is a matter of our common humanity to understand the basis of what women victims of violence and Denis Mukwege are trying to tell us.

While photographing the man in the dark, I tried to capture the essential element that would illuminate his entire commitment. (Was it out of humility, or a reserved nature, that our Nobel Peace Prize winner was sitting in one of the darkest corners of the room?) Still as calmly as ever, Denis Mukwege warned us several times during the evening against the growing desensitization that affects our collective consciousness. This loss of sensitivity of heart hardens us without our noticing, making us immune to suffering by trivializing the social imbalances that lead to violence.

As long as we are not personally concerned, the information we receive is somehow trivialized. This is probably the perverse effect of our overexposure to contemporary media communications.

Denis Mukwege begs us empathetically to remain attentive, to listen deeply to what is inherent in our human condition: our sensitivity and vulnerability. When human beings, out of pride, are emboldened by their own power, they come to deny and crush, consciously or unconsciously, everything that reminds them that they themselves are fragile and vulnerable. Women and children, who are more vulnerable, are the first victims.

This is particularly evident in contexts of armed conflict, where the abuses of power conferred by weapons are translated into abuses against the most vulnerable populations.

And this is where Denis Mukwege’s speech aligns with the words of Jean Vanier. The cult of performance, strength, control and power takes us away from ourselves and ends up dehumanizing us by exposing us to all kinds of abuse, dividing us against one another. But listening to the most vulnerable humanizes us and brings our communities together.

Finally, on an encouraging note, Dr. Mukwege continues to highlight women’s resilience and their ability to generate real and profound social change. Moreover, the most committed and constructive comments were made that evening by women.