Building a model of Inclusive Housing in Elmira, Ontario

Over the past decade, L’Arche has been connecting with the Elmira Developmental Support Corporation to learn how they are building “supportive affordable housing” for persons with intellectual disabilities, and to share our vision and experience. 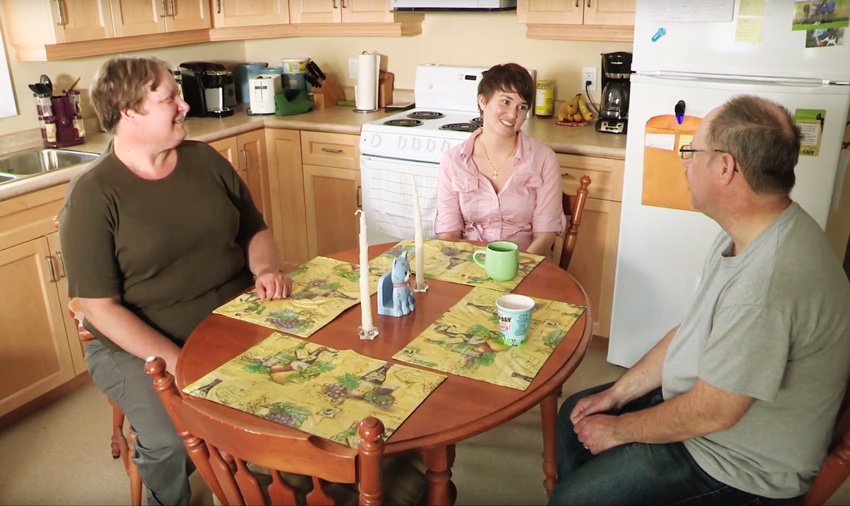 By John Guido with Lori Vaanholt

A row of black, horse buggies at the Farmer’s Market is a clue that Elmira, Ontario is 127 kilometers yet a world away from Toronto. With just over 10,000 people and several Old Order Mennonite communities, you might mistake it for a quaint backwater. But Elmira is part of the Waterloo region where traditional community values interface with the cutting edge thinking of the high tech and university sectors. It’s no surprise that this region has given birth to the Tamarack Institute, the Kitchener-based “force for community change.” And that apartment buildings in Elmira for persons with intellectual disabilities and their “good neighbours” is named in the National Housing Strategy as a model of inclusive housing.

Looking to Elmira for inspiration

Several years ago, members of L’Arche Ontario visited Greg Bechard, head of The Elmira Developmental Support Corporation (EDSC), a non-profit corporation founded by Elmira District Community Living. We wanted to learn more about Snow Goose, the first housing created by EDSC in response to the dreams of the people they support and individuals and their families seeking a home where they could be more independent yet also safe and connected.

We were blown away by this four-unit apartment building that blends well into its middle-class neighbourhood. We loved their vision of building friendship and community between persons with intellectual disabilities living in their own or shared apartments (with support provided by family or another agency) and university students (receiving subsidized rent and bursaries) committed to being “Good Neighbours.” We affirmed the importance of shared meals and celebrations as well as informal, mutual supports between neighbours. We envied the entrepreneurial, ‘can do’ spirit that helped EDSC find an innovative, sustainable response to the dreams and needs of both persons with disabilities and students seeking to be involved.

In the following years, L’Arche Ontario invited Greg to a Board Council Day along with others developing innovative housing models for persons with intellectual disabilities. L’Arche consulted with Greg as we engaged our Growth Initiative and EDSC moved forward with a larger development called Field of Dreams that built on the learning of Snow Goose. (Currently, Field of Dreams consists of three of four planned 7-unit apartment buildings.) Last year, Greg invited L’Arche to be part of their reflection on the Good Neighbours approach to building inclusive housing.

Listening to and Reflecting on Lived Experience

On Saturday, September 29, 2018, we attended the EDSC “Good Friends and Neighbours Summit” with Toinette Parisio, the L’Arche Ontario Regional Leader, Marietta Drost, the L’Arche London Community Leader, and Karla Wilker, the L’Arche Stratford Community Life coordinator. The Summit brought together sixty people to share and learn together. In addition to the tenants with intellectual disabilities, the good neighbours, family members, and EDCL staff, there were representatives of agencies exploring an “intentional community” model of support for persons with intellectual disabilities. 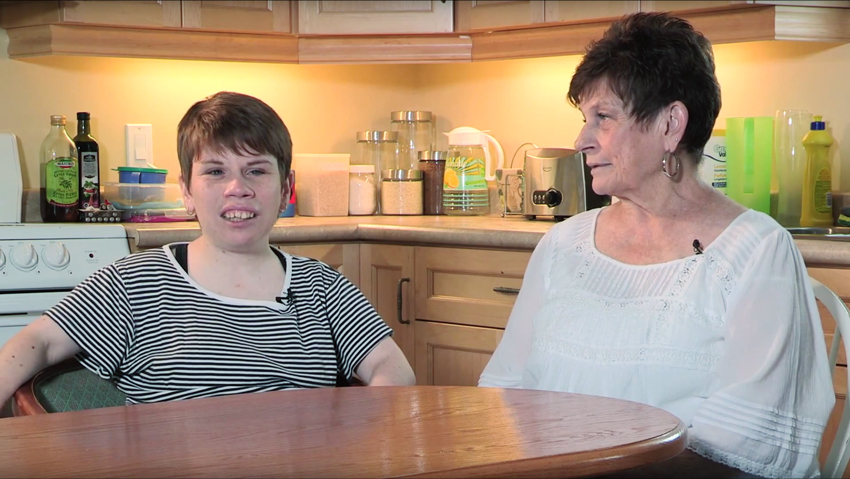 While we all contributed, the primary focus of the day was listening to the experience of the people who live in Snow Goose and Field of Dreams and their families. It was energizing to hear their stories. It was clear that independence, freedom, and choice are deeply valued. Here are a few of the testimonies captured in the report:

Yet as mentioned in Building Inclusive Housing “the move to independence without supports for belonging and inclusion leaves many people lonely and isolated” – and vulnerable. Some of the people who live in the EDSC apartments had experienced this in other buildings:

This was a major concern of their parents who sought a home for their adult children where they could enjoy greater independence with safety. They spoke with gratitude. One said, “If we could’ve come up with our own idea for what we would want for our daughter, this would be it. She can live her life the way she wants, but within a community that is safe.” 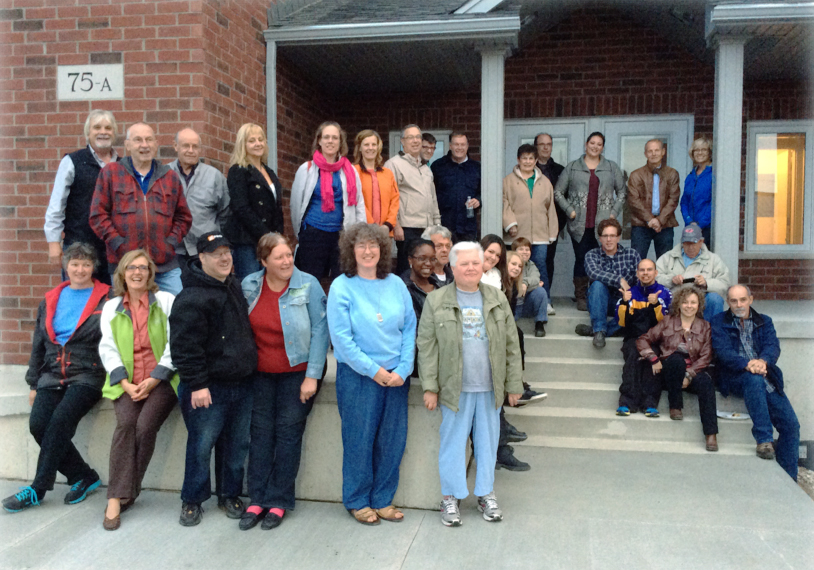 The ‘good neighbours’ concept is about creating intentional community: intentionally inviting non-disabled people who also want an affordable home where they can be a part of a community, not to be service providers, but to have relationships of friendship, belonging, and mutual support. At the summit, we heard good neighbours - with and without disabilities - speak with great joy about their shared life: getting to know each other over time, sharing meals, birthdays and barbecues, looking out for each other at the front door, and just hanging out together. And we witnessed their words in action through the playfulness, tenderness, and mutual care shown not just between the individuals with disabilities and the good neighbours, but also with their peers and each other’s families.

We heard how greater independence and choice, safety, friendship, and having a valued role in community create a rich environment for personal growth. We listened as people spoke about learning to do new things as they took increased responsibility for –and pride in –themselves, their neighbours, and their common life. It was very similar to what we heard from the members of the L’Arche Comox Valley Vanier Suites. These are essential building blocks of a vibrant community and more human society.

The question of ratios

The long history of segregation and congregation of persons with intellectual disabilities and the slow pace of systems change has lead to what the EDCS report names as “polarizing views on how services should be planned and delivered. There is a school of thought that says that if any housing arrangement encroaches on a 10:1 ratio (as in ten non-disabled people for each person with a disability) it is essentially a re-institutionalization of intellectually disabled persons.” 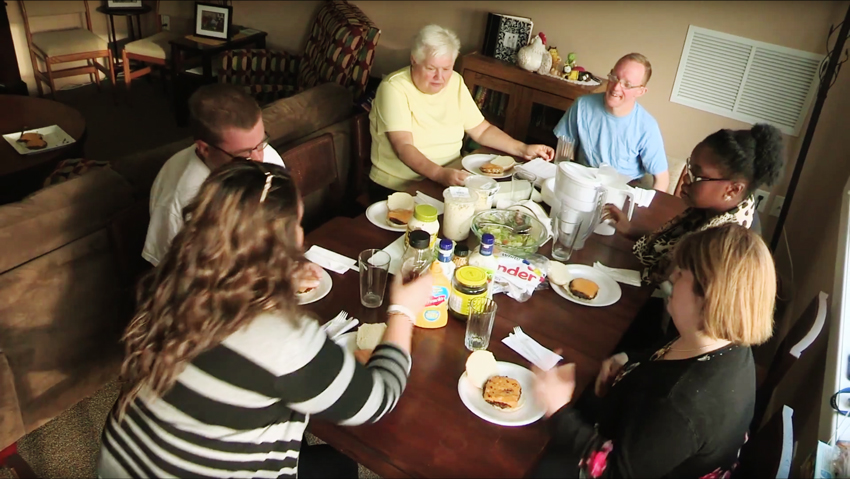 Clearly, this is not the direction taken by the Elmira Good Neighbour approach. This ratio, or even one close to it, would have prevented them from building housing for more than a few people with disabilities. It was important to have this discussion during the summit, where there was an overwhelming rejection of this idea. People spoke of their sense of home, freedom and independence, their relationships, a strong vision and experience of intentional community life, buildings that are beautiful, have communal space, and are well integrated into the wider community as signs that this is not a new form of institution.

What struck us most was that over time a large web of ‘good neighbours’ has developed –people with and without intellectual disabilities living in the buildings, and their families, friends, and fellow members in the broader Elmira community. If you want to talk about ratios, perhaps you need to count all the people in these vibrant social networks. This intentional community may have begun to respond to the dreams and needs of a certain group of people yet now has an impact for many people throughout Elmira.

The Summit report draws conclusions on the success of this new model: What were the key ingredients that made it work?

Like the Vanier Suites, this model is not for everyone. It works in no small part because the people with disabilities have the capacity for more independent living, the good neighbours are highly committed to the vision and benefit from it themselves, and they enjoy strong community support. It remains an important piece of the patchwork (to borrow a Mennonite image) of inclusive housing options that must be developed in a rich variety of shapes, sizes, and colours to reflect the diversity of individuals and the communities in which they belong and contribute their gifts.

Learn more about Field of Dreams in this video: https://youtu.be/Ay5uTdE8TZU